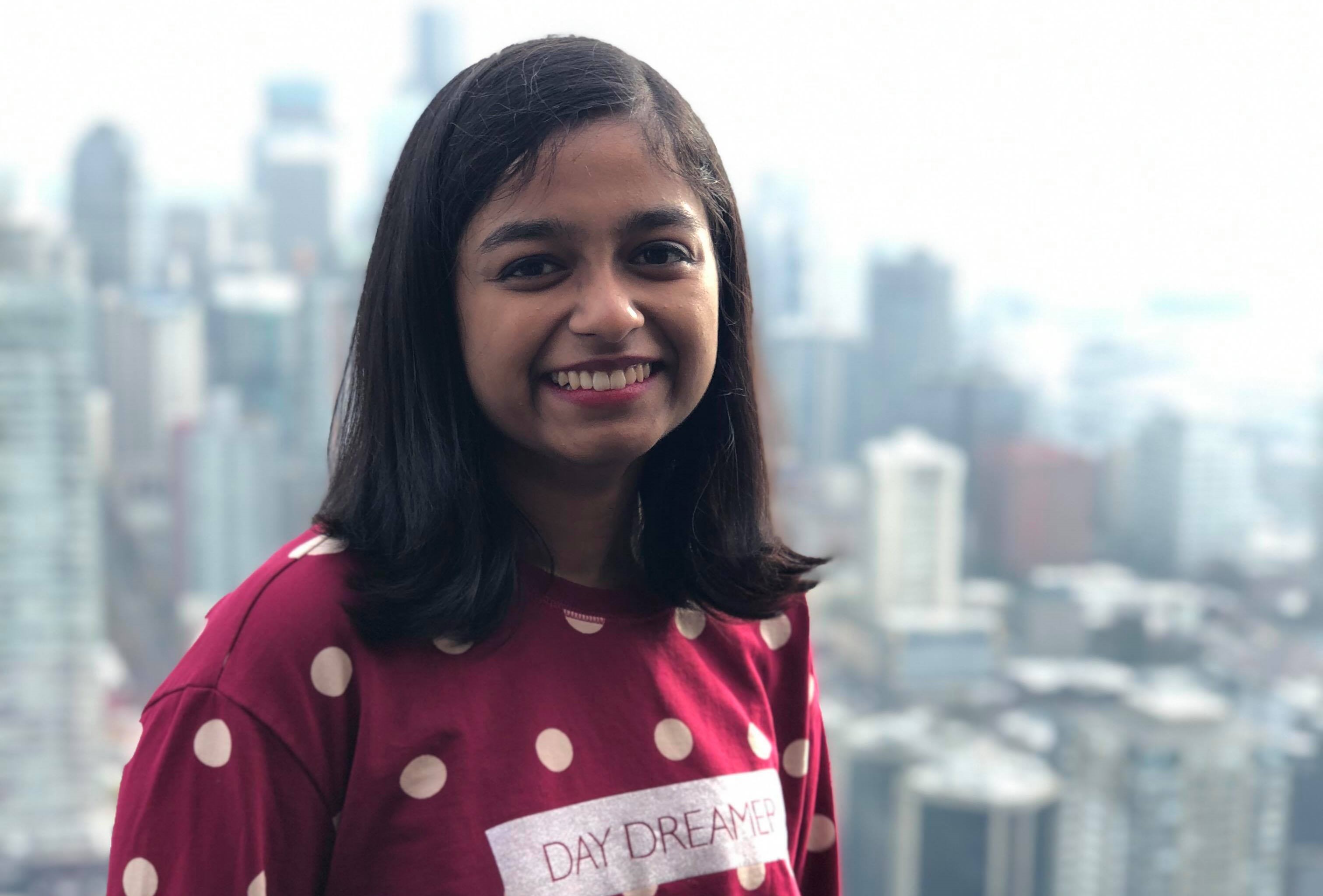 Bhowmick ’19, who passed away last week, earned her M.S. in computer science in spring 2019. Photo courtesy of Prerit Auti ’19.

The UC Davis College of Engineering and Department of Computer Science mourn the loss of alumna Antara Bhowmick ‘19, who passed away in an accident on September 25. Bhowmick completed her M.S. in computer science in Spring 2019 as part of Assistant Professor Cindy Rubio-González’s lab and was a member of UC Davis’ winning Amazon Alexa Prize team.

Bhowmick is remembered for her quick wit, intelligence and passion for the people and projects around her. Her friends and colleagues recall her positivity and willingness to go above and beyond to help people in need.

“She was remarkable,” said Rubio. “Everything was so smooth, not just in the technical side of things, but also in interaction with all her labmates and friends.”

“She would be a good friend to whoever needed it,” said her friend and Amazon Alexa Prize teammate Kevin Jesse. “She always had the patience for explaining things to me.”

Rubio was impressed by Bhowmick’s work as a student in a software engineering course and recruited her to her lab in summer 2018. Bhowmick caught up quickly and made significant contributions to Rubio’s Bugswarm dataset in just over a year of work.

“She was extremely bright and hardworking,” said Rubio. “Very few M.S. students have been as productive earning their degree as she was.”

An animal lover, Bhowmick put her stamp on the Amazon Alexa Prize team’s Gunrock chatbot by building the animal/pet sub-dialogue, which allowed Gunrock to talk to humans about animals. The feature was one of the most popular in the competition was implemented in the Amazon Alexa software. It can be accessed by telling Alexa ‘let’s chat’ and asking to talk about animals.

“Antara has done excellent work, which will live on in our Alexa chatbot, Gunrock,” said the team’s faculty advisor, Assistant Professor Zhou Yu. “We will all miss her.”

Bhowmick kept a small but very tightly-knit group of friends who did everything together.

“Antara was a private person, but when she opened up to you it was like a privilege,” said her friend and classmate Sharmila Kulkarni ’19. “I’m so lucky to be able to say that she was my best friend in Davis.”

“She was such a fun person to be around,” said her former roommate Prerit Auti ’19. “Spending time with her just made the whole day so much better.”

Kevin Jesse remembers many afternoons where he, Shreenath Iyer ’19 and Nehal Agrawal ’19 would sit outside and talk about everything from music to food to deep philosophical questions.

“She was one of those people who really spread joy,” said Iyer, who graduated alongside Bhowmick this spring. “As far as friends go, she stood head over heels above everyone else I’ve called a friend. Our friendship was one of the most pure things I’ve had in my life.”

Bhowmick was born and raised in India, just outside of New Delhi and received a Bachelor’s of Technology in Computer Science in 2017 from SRM University in Kattankulathur, India. She came to the U.S. later that year for graduate school at UC Davis and graduated in spring 2019 with an M.S. in computer science. She had recently moved to the Bay Area for a job in Berkeley.

“Antara was a wonderful person who was always very conscientious and kind,” said computer science student affairs officer Jessica Stoller. “She was an excellent student and terrific TA. She will be missed by all who knew her.”

“The College of Engineering is deeply saddened by the loss of Antara Bhowmick and our condolences go out to her family, friends and labmates,” said Dean Jennifer Sinclair Curtis. “She was a great student and a great researcher and she will be missed.”

Grief counseling services are available for all students, faculty, staff and postdoctoral researchers who are in need through Student Health and Counseling Services (SCHS) and the Academic and Staff Assistant Program (ASAP). Graduate students should contact Dr. Bai-Yin Chen (bychen@ucdavis.edu), the counselor dedicated to graduate students.