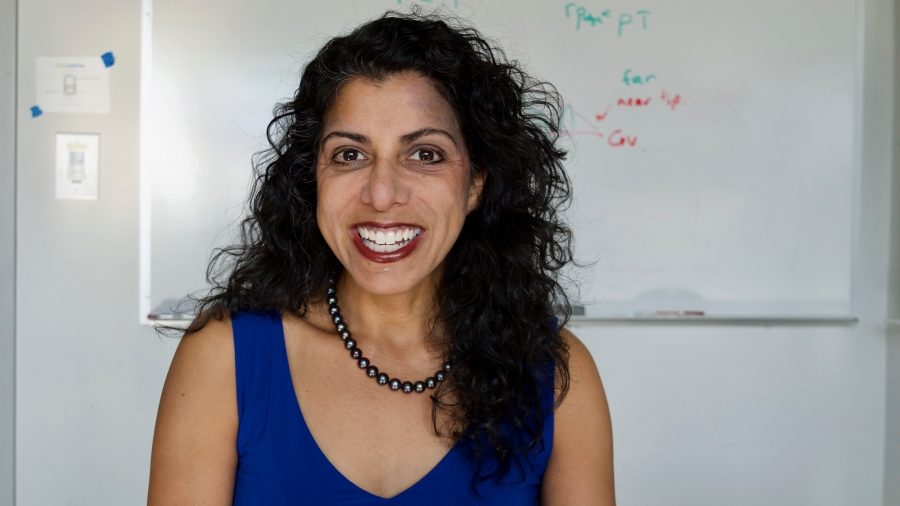 D’Souza is one of three lead editors of the new journal and will cover the U.S. region. Nicola Spaldin of ETH Zürich and Jian-Wei Pan of the University of Science and Technology of China, Hefei will cover the Europe and Asia regions, respectively.

D’Souza is a celebrated expert in network science and complex systems, using mathematical models to understand network processes and dynamics. She is particularly interested in how local interactions between nodes lead to large-scale self-organized behaviors.

“We’re trying to understand how structures of networks and dynamics on networks interact and give rise to collective behaviors,” she said.

Her work spans multiple disciplines and the applications span even more. She holds a dual appointment with the Departments of Computer Science and Mechanical and Aerospace Engineering and is affiliated with the Applied Math and Physics graduate groups and she has collaborated with animal scientists, engineers, political scientists and sociologists to apply her models to real-world networks.

D’Souza received her B.S. in physics at the University of Illinois and her Ph.D. in statistical physics from MIT. She did her postdoctoral work at Bell Laboratories and Microsoft Research before joining UC Davis as an assistant professor in 2005.

Physical Review Research is a new journal published by APS to disseminate high-quality research from all of physics, the physical sciences and interdisciplinary areas to a global audience. The journal is open access, meaning anyone, anywhere in the world, can read the articles for free.

Read more about the journal and D’Souza at APS news.